Living with incurable cancer, after a third relapse of Hodgkin’s lymphoma, 39-year-old Lalanya Blue McGraw credits the daily use of medical marijuana for allowing her to make the most of what may be borrowed time.

Lalanya Blue McGraw believes cannabis is slowing her cancer while easing her pain. She’s not alone. In B.C., thousands have turned to the drug for relief, despite murky scientific evidence.

“I’ve been considered terminal for a long time. The cancer is still there, even after all the chemo and two bone marrow transplants. When it gets worse, I can go into a clinical trial with a chemo drug that has not yet been approved in Canada. But until then, I have defied the odds,” 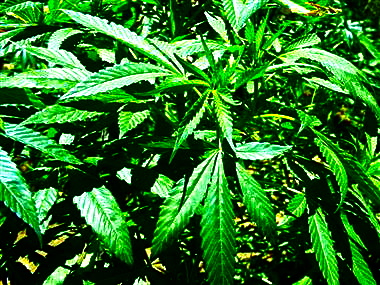 Says the Vancouver resident, former jazz singer whose voice has been affected by the disease.

“I think, I believe, it’s the cannabis that is slowing the cancer down. That’s my perspective anyway. It’s the only thing I’m on.”

When McGraw first asked an oncologist at the BC Cancer Agency in 2002 to prescribe marijuana to treat some of the effects of her cancer, he was reluctant…